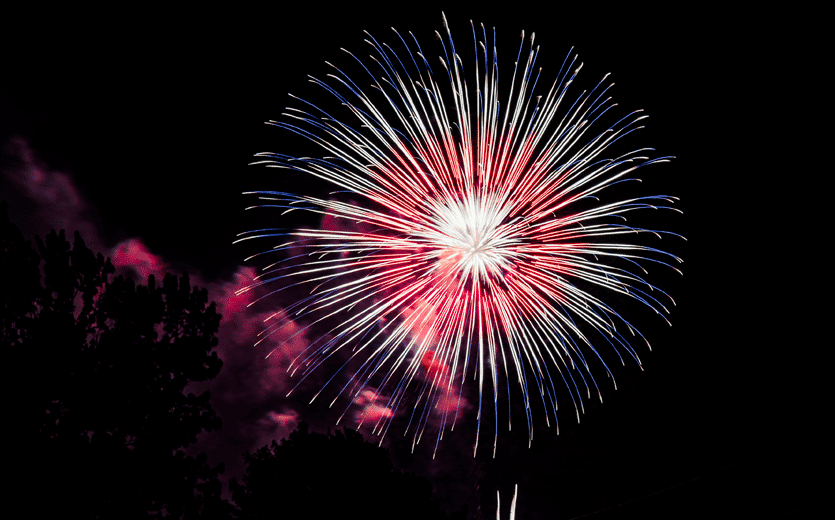 It is late May and the Summer season is right around the corner in the Smokies (and the rest of the hemisphere, obviously), we wanted to get you acquainted with THE big Summer event we all look forward to – the Smoky Mountain 4th of July for 2022. The size and popularity of the 4th of July events in Gatlinburg can not be understated and those who want to come to the Smokies for the event will want to begin planning as soon as you finish reading this post. It’s pretty much never too early to begin planning for the 4th of July in the Smokies!

So let’s cut to the chase. Gatlinburg will be celebrating in true traditional fashion, and all your favorite activities from the Midnight Parade to the River Raft Regatta will be ready for you to enjoy! The Midnight Parade starts on 12:01AM, one minute past midnight right at the very start of the 4th of July. The following morning, eleven hours later, registration for the River Raft Regatta will begin at River Road (11:00AM). Some free music performances will go on at various times of the day throughout downtown Gatlinburg, and the fireworks themselves will explode over the downtown area at about 11:00PM.

“Gatlinburg’s award-winning Fourth of July Midnight Parade will step off at 12:01 a.m. on Monday, July 4.

The parade steps off at the intersection of East Parkway and Baskins Creek Bypass turning south onto the Parkway at traffic light #3. The parade continues through town ending at Ski Mountain Road. Parade-goers are encouraged to arrive early on Sunday, July 3, to avoid traffic and secure a place to watch the Midnight Parade along the Parkway.

The First Independence Day Parade in the Nation has garnered national attention and award recognition for excellence in entertainment. The parade has been named by National Geographic Traveler Magazine as a “Top Ten Parade to see in the US” and recognized by Livability.com as one of the “Five Best Fourth of July Celebrations in Smaller Cities.” Additionally, the event has earned multiple Grand Pinnacle Awards by the International Festivals and Events Association. 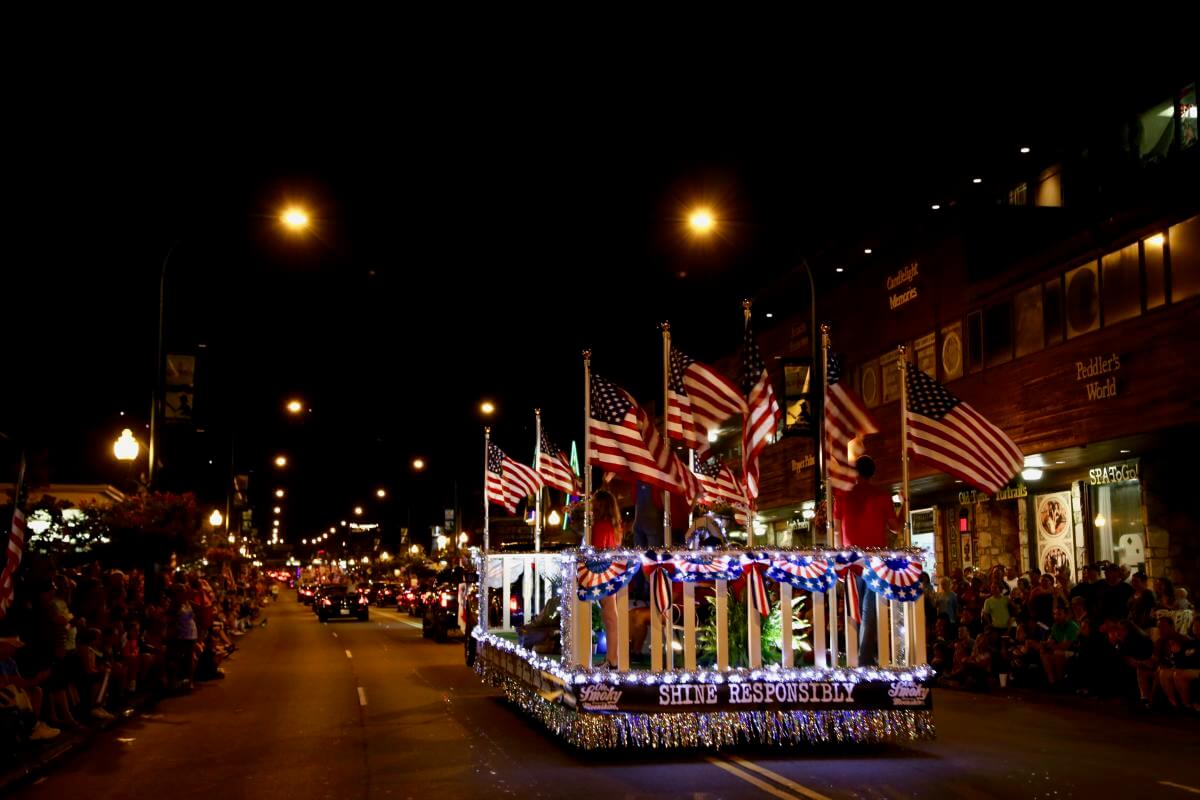 Gatlinburg’s most-nail biting race of the summer returns! Set against the backdrop of Gatlinburg’s fun-filled Fourth of July celebration, comes the ever-competitive River Raft Regatta, an annual race of unmanned floatables down the Little Pigeon River.

All contestants will begin the day at the race’s starting line at the former Christ in the Smokies Museum, beginning from 11 a.m. to register their floatable. The race kicks off at 1 p.m. and ends after all floatables have crossed the finish line at Ripley’s Aquarium of the Smokies.

Eventgoers can opt to enter a rented rubber duck into the competition (or bring your own at no cost) for $2 or 3 for $5 onsite. All proceeds go to the Gatlinburg Chamber Foundation and is a great way to for everyone to participate in this fun, thrilling event. This year’s River Raft Regatta will issue trophies to those who finish 1st, 2nd and 3rd in the Treasure, Duck and Most Creative Float categories. 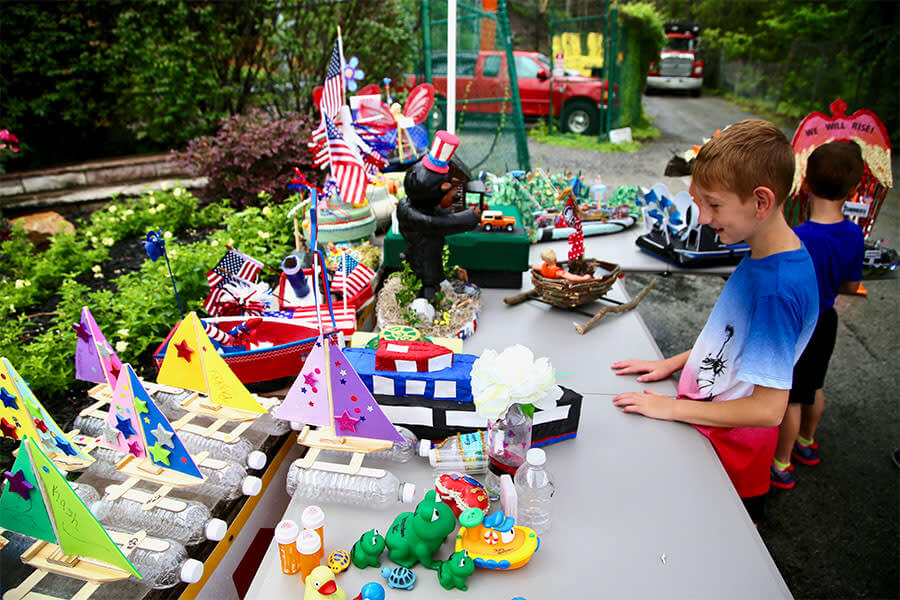 Join the celebration in downtown Gatlinburg to mark our nation’s “Independence Day” with a spectacular 20-minute firework show starting at 11:00 p.m. from the Gatlinburg Space Needle. Spectators can view the fireworks from any vantage point in Gatlinburg. This event is designated as a Top 20 event by the Southeast Tourism Society.” 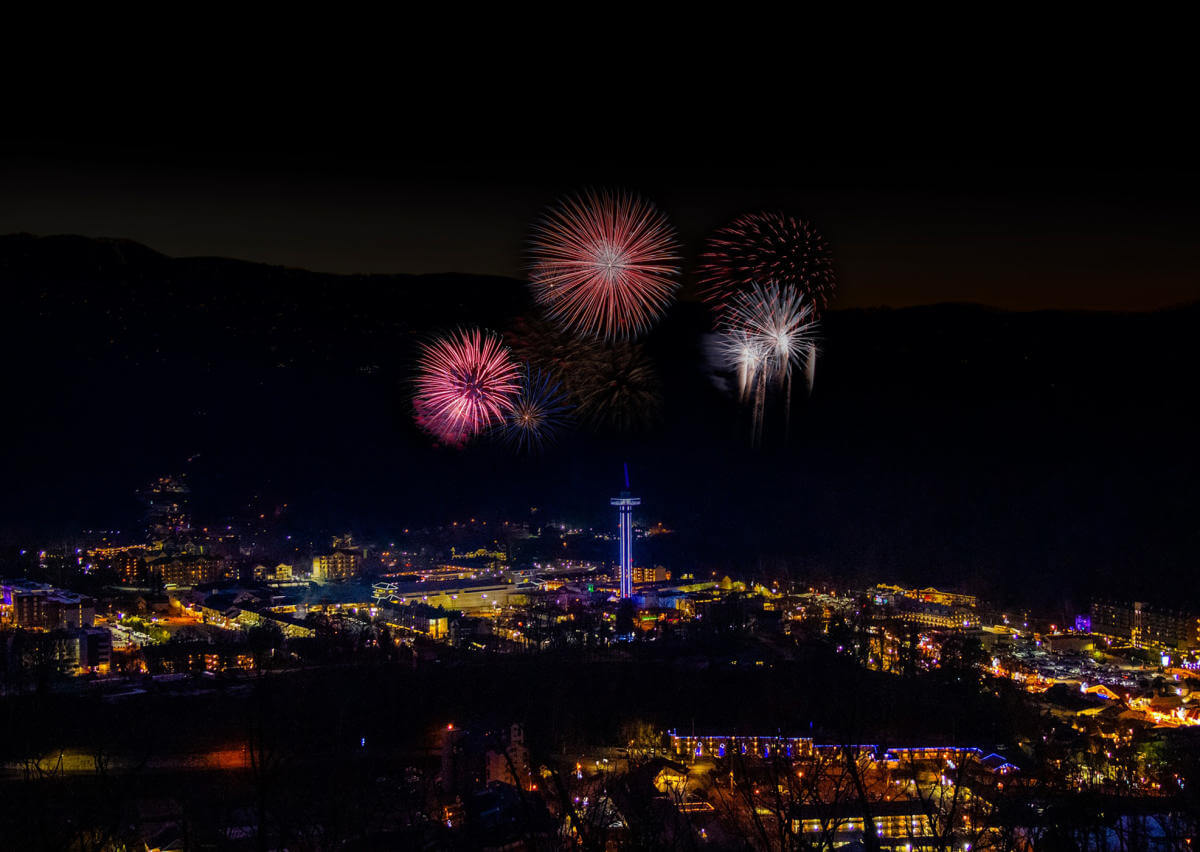 See these events and more at Gatlinburg.com/events/.

Author: Gatlinburg Travel Host
Filed Under: Uncategorized
Local Favorites. Where do the Locals Go in Gatlinburg? 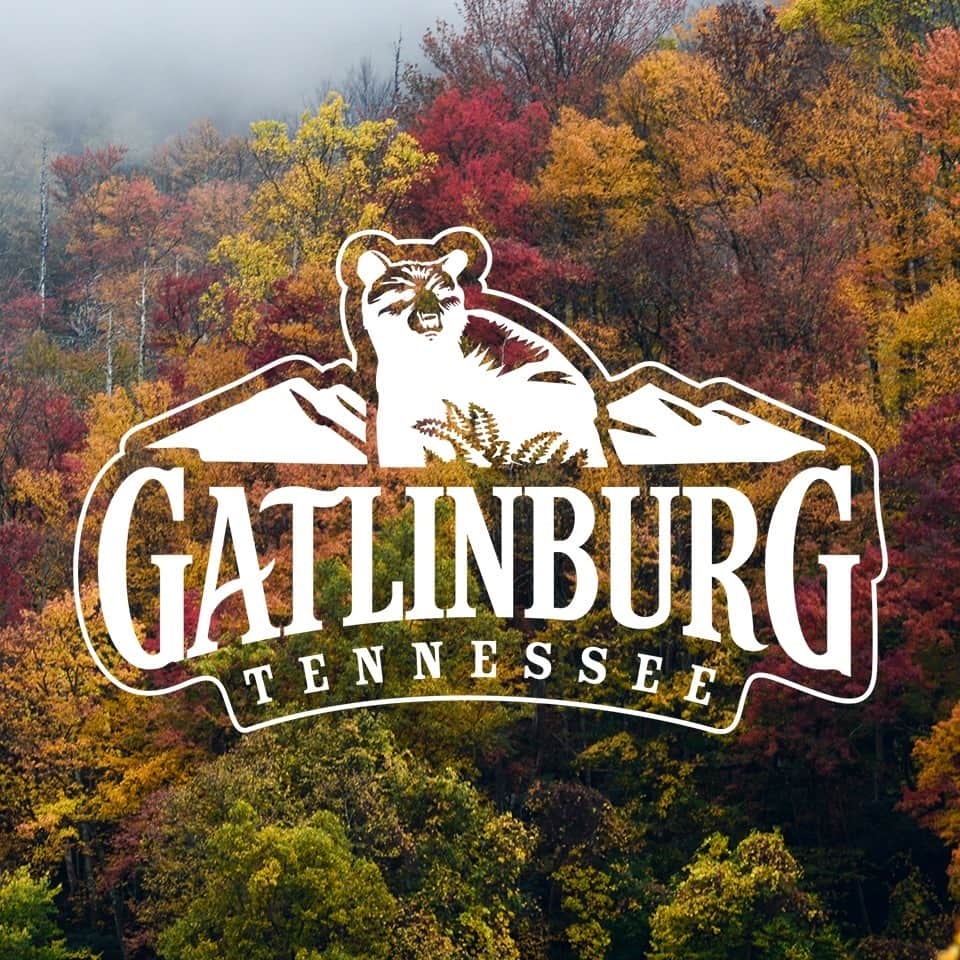